This estimate doesn't include taxes or shipping. 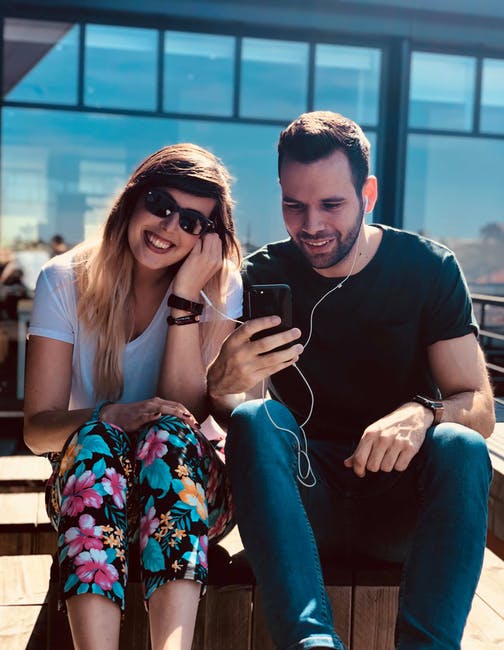 Promoting Mind and Body Wellness: How Music Affects Us

An astonishing US $20 million — that’s how much the US National Institute of Health (NIH) is betting on music. With that […]

An astonishing US $20 million — that’s how much the US National Institute of Health (NIH) is betting on music.

With that money, the agency hopes to find evidence of how music affects us and that it has a role in neuroscience. It hopes to prove that music therapy can heal or at least, ease the signs of conditions like stroke.

Researchers from the Centre for Addiction and Mental Health (CAMH) are also looking to further explore the power of music. The goal of their study is to prove that music does boast of brain retention powers. They believe that music can help treat various conditions, such as clinical depression.

That’s great and all, but the big question remains: how exactly can music benefit us all? What’s so special about it that it has the power to heal and even rebuild speech pathways in stroke patients?

This post will delve into the wonders and powers of music, so be sure to stick around!

How Music Affects Us: It All Starts in the Brain

Even before that NIH “bet”, scientists have looked into how music affects the body and brain. A 2011 McGill University in Canada study, for instance, found that music does enhance mood. The researchers noted how music triggered the release of dopamine in listeners.

This release, is in fact, one of the first things that music does to a listening brain.

So, What’s So Special About Dopamine Then?

Well, dopamine is a neurotransmitter that plays key roles in learning and motivation. It’s also one of the chemical messengers that you likely know as “happy hormones”. It shares a link with happiness, especially joy and satisfaction induced by rewards.

That said, it’s no wonder that a deficiency in dopamine may give rise to depression. In fact, scientists believe that low dopamine levels may contribute to depressive disorder.

From Dopamine to Motion and Locomotor

Have you ever wondered how listening to music makes you tap your feet, nod your head, or even sway your entire body? Well, dopamine appears to once again have an influence on these reactions.

Dopamine, after all, also plays many roles in motion and locomotor. From the brain, it travels throughout the entire system, triggering all those movements.

This, again, is another possible reason that people with mood disorders lack motivation. After all, if there’s too little dopamine, then the body may not have the “motivation” to move at all.

It’s because of all these dopamine-related effects that music does hold healing properties. In fact, researchers have concluded that music is a valid therapy for mood disorders. They found that music can help ease the symptoms of depression and anxiety.

More than mood, however, is the potential of music to improve performance. That’s why many athletes listen to music before, during, and after games.

Moreover, researchers say that music has physical healing abilities. They found that listening to music appears to lower heart and breathing rates. They even found signs that music can lower blood pressure while also helping to ease pain and stress!

The above are just a few of the physiological and psychological effects of music on the brain. Of course, it still all depends on the kind of music that one prefers to listen to. There’s also the overall quality of the music heard — think scratchy, jarring, or piercing.

The last bit, in turn, is something that the sound system used has a direct influence on. The use of poor quality speakers, for instance, can ruin an otherwise excellent track. Low-quality earphones can also result in the sound coming out as “noisy” and distorted.

For Canadians who spend an average of 32 hours listening to music, that would be a nightmare. Even more so to those who listen to music via streaming — these folks spend 44 hours a week on their music activities!

Ontarians would likely be even more affected by poor quality music. After all, the province’s music industry is the biggest in the entire Great White North. The music publishing and recording sector alone generated CA $362.2 in GDP in 2017.

The bottom line is, the actual sound quality may also have a huge impact on the benefits of music. The greater it is, the more enjoyable — and likely beneficial — listening to music would be. The poorer the sound quality is, the more frustrated and annoyed the listener could get.

Making Music Matter: Bringing Its Benefits To the Workplace

In the workplace, music can help boost productivity and motivation in employees. To avoid disturbing their co-workers, they can don noise-reducing earbuds or headphones. These come with noise cancellation features, so their users can really get “into” it.

Department heads should also consider furnishing breakrooms with techy and innovative listening gear. A good idea is to place compact yet high-quality wireless speakers in common lounge areas. This way, everyone has the chance to share their fave tunes while taking a breather from work.

Spreading the Love of Music at Home

With working at and from home now a must for many employees, things can get stale right away. So, why not do your talents a favour by rewarding them with company music-related merch? They don’t cost that much, with some being worth under $20, yet they produce great quality sound.

For example, you can gift them one of these Bluetooth speakers that light up or are waterproof. Bonus points since they’re small and wireless, so their owners can take them wherever!

You can also spread the love and benefits of listening to music to your valued clients. For instance, you can get them branded charging docks that they can use for their devices as they bake at home.

Since the dock will hold their phones or tablets upright, they can use it to check their recipes. At the same time, they can have music playing in the background as they mix up that batter or knead that dough. Their phones will be on charge all the while, so that’s like three functions in one!

Harness and Spread the Healing Power of Music Now

From soothing the mind to helping heal the body, these are just a few ways on how music affects us. There’s no doubt that music is powerful, and that it deserves more widespread use.

So, why not contribute and be a catalyst for spreading all these wonders of music? Especially in these uncertain times, wherein everyone needs some form of healing.

Ready to get the power of music flowing into your team members’ and clients’ homes? Our own team here at Promotion Resource Group can help you get started! Get in touch with us now so we can help you find the best music-related items to gift and give away.

16 Promotion Gifts with which to Congratulate Your Employees

Hello, boss people!  Do you want to celebrate your team’s promotions and show them how much you value their hard […]

All, Marketing and Sales

Brand Marketing: What It Is & How to Build a Marketing Strategy

In today’s digital world, there’s huge competition among brands to succeed and stand out from the crowd.  And while standing […]

Are you searching for some unique baseball gifts?  If you’re wondering what promotional items to give baseball players and coaches, […]

How can we help?

If you need a hand, have an unanswered question, please fill out our contact form and our friendly sales staff will get back to you ASAP!

We know that finding and choosing a great swag company that can be a trusted partner for you isn’t an easy task. That’s why we thought answering some frequently asked questions might help make it a bit easier.

Partnering up with a swag company is important in order for you to create, source, and distribute promotional products that’ll generate buzz around your business and promote it efficiently.

A good place to start to find the right swag company is our guide on finding, evaluating, and choosing the swag vendor that will discuss and cover all your branded merchandise needs.

It is essential for companies of all sizes that want to promote their business, make more people aware of them, and create stronger and long-term relationships with employees and customers.

Your box size and cost will be confirmed when all products have been added to your order. US orders ship from Pittsburgh, PA.

Shipping is anywhere in the contiguous 48 states at one low rate. (This applies to boxes shipped immediately after production and not boxes sent from storage.)